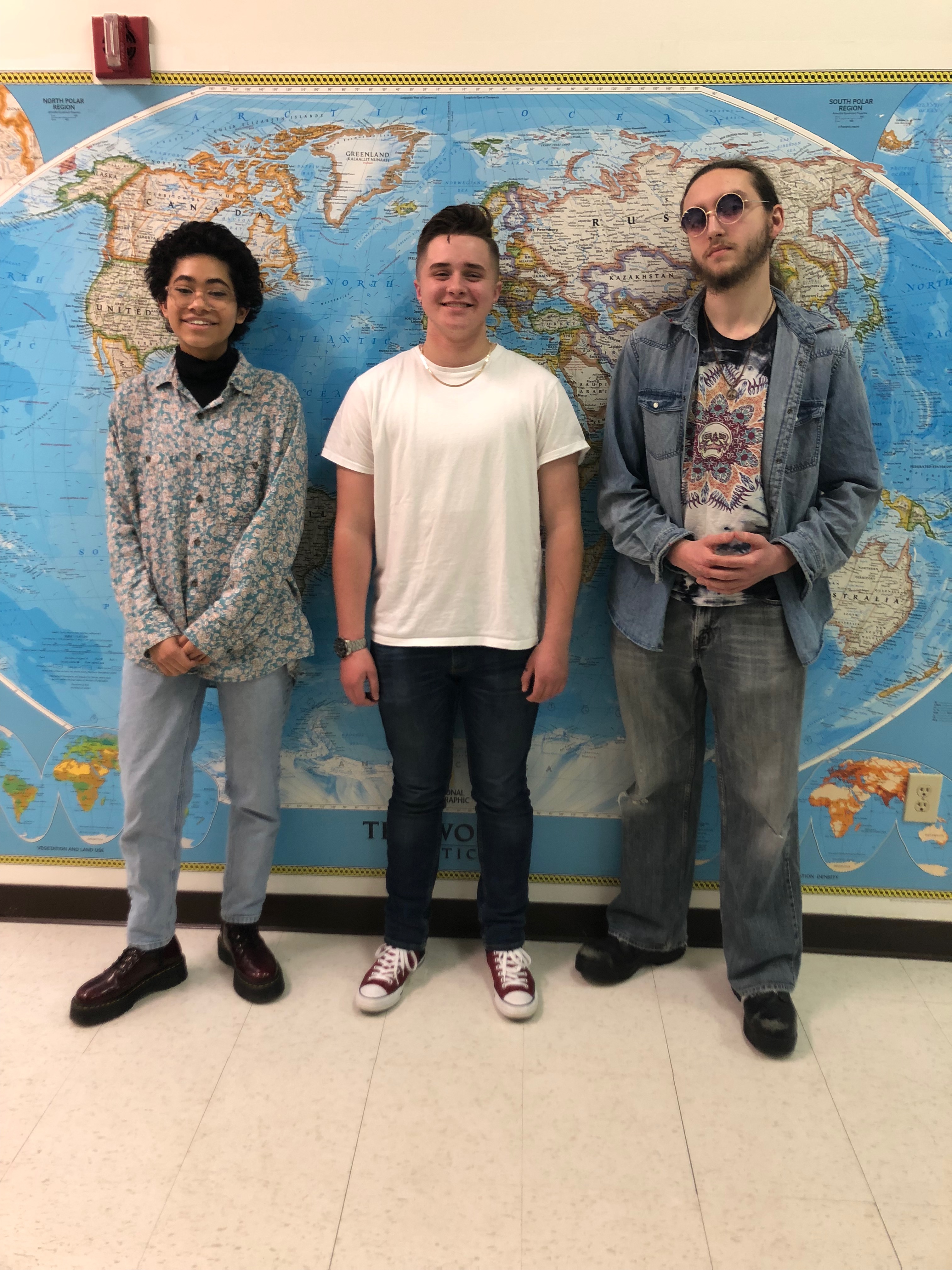 One of my favorite parts of the school year is attending, New Noises, the Massachusetts Young Playwrights’ Project (MYPP) Festival at Boston University’s Playwrights’ Theatre to watch our student plays come to life. Each spring, the theatre presents New Noises, the MYPP festival of 10-minute plays written by Massachusetts high school students. Plays are directed and performed, script-in-hand, by professional actors and directors in collaboration with the playwrights.  This year three Sparhawk student plays were chosen to be performed or read. Congratulations to the 2019 Sparhawk student playwright winners:

Here’s how it all works:

Something magical happens when professional theatre artists go to work on a brand-new script written by a teenager. For the professionals, working at the festival is a chance to rejuvenate—to perform with the kind of dedication and abandon that reminds many of them why they chose to work in theatre in the first place. For the audience, it is a rare look into the hearts and minds of young people—a perspective on youth culture unavailable when filtered through the adult-run media. For the playwrights, production at the festival may well be the first time their work has been taken seriously by professionals. Among their peers, featured playwrights take on a greater status, and their writing receives the kind of attention normally showered upon star athletes.

Participating schools from across the state collaborate with a playwriting mentor during a school residency where students write and develop a 10-minute play under the guidance of their professional playwright. This year we were fortunate to have the opportunity to work with Boston area playwright/actress, M. Lynda Robinson. Lynda has been working in theatre, film, and TV for the past 30 years as an actor, director, producer, teacher, and playwright. She has performed in hundreds of commercials, corporate videos, live trade shows, and voice-overs, as well as performing principal roles in film and TV. Lynda attended the Masters Program in Playwriting at B.U. and is a published playwright.

The festival is a celebration of student work. These aren't skits.  These plays deal with big issues that these high school students are concerned about and want to tackle.  Past festivals included plays about grieving mothers, sexual identity, special needs, connections between fathers and sons, loss, love, as well as a number of broad comedic pieces.  Audience and participant alike find the day an emotional workout.

This spring Sparhawk high school students will be participating in New Noises for the fourth consecutive year. Our students have been writing their own original 10 minute plays, and seven of those pieces were submitted to the festival.  Two of our students’ plays, (Subway by Parker Rogers, and The Letter of the Law by Michael Austein) were chosen by a panel of Boston Playwrights’ Theatre Company Members to have their plays rehearsed and staged by professional theater artists from the Boston area on the day of the festival, May 1st.  The festival will be an exciting day of creative celebration for all of our students culminating in performances of our two plays along with eight more from four other participating area high schools. During the week, roughly 40 plays will be performed from 20 plus high schools across the state.

During the festival, two featured plays from each school receive a 90-minute rehearsal. The playwrights not only get to watch the professional actors and directors at work, but they are also active participants in the process, offering insights and concerns and making changes. By the time the play is ready to present to an audience, the playwrights have already experienced a workshop development process usually reserved for professional playwrights.

While the featured plays are being rehearsed, other participants attend the Cold Reading Marathon. In the afternoon, the finalist scripts from each of the participating schools are read by a cast of professional actors. This year, Just Like the Movies by Charlie Baker, was chosen to be part of marathon afternoon. These readings are followed by a group feedback session.The Cold Reading Marathon amounts to an open classroom on playwriting.

Professional actors and playwrights from the area may perform monologues, short plays, and/or one-act plays of their own for the students’ enjoyment during the morning session. Afterwards, the actors answer questions and talk with the students about the joys and pitfalls of writing your own play and performing it.

After all is said and done, viewing the work of all these students is a truly wonderful experience. One I have had the joy and honor to be part of, along with our students, for 4 years now. It is a memorable day of youthful theater, vibrant and vital:  a celebration of our students, their work, their generation, their voices!

The Massachusetts Young Playwrights’ Project is supported by the Boston University Center for the Humanities.