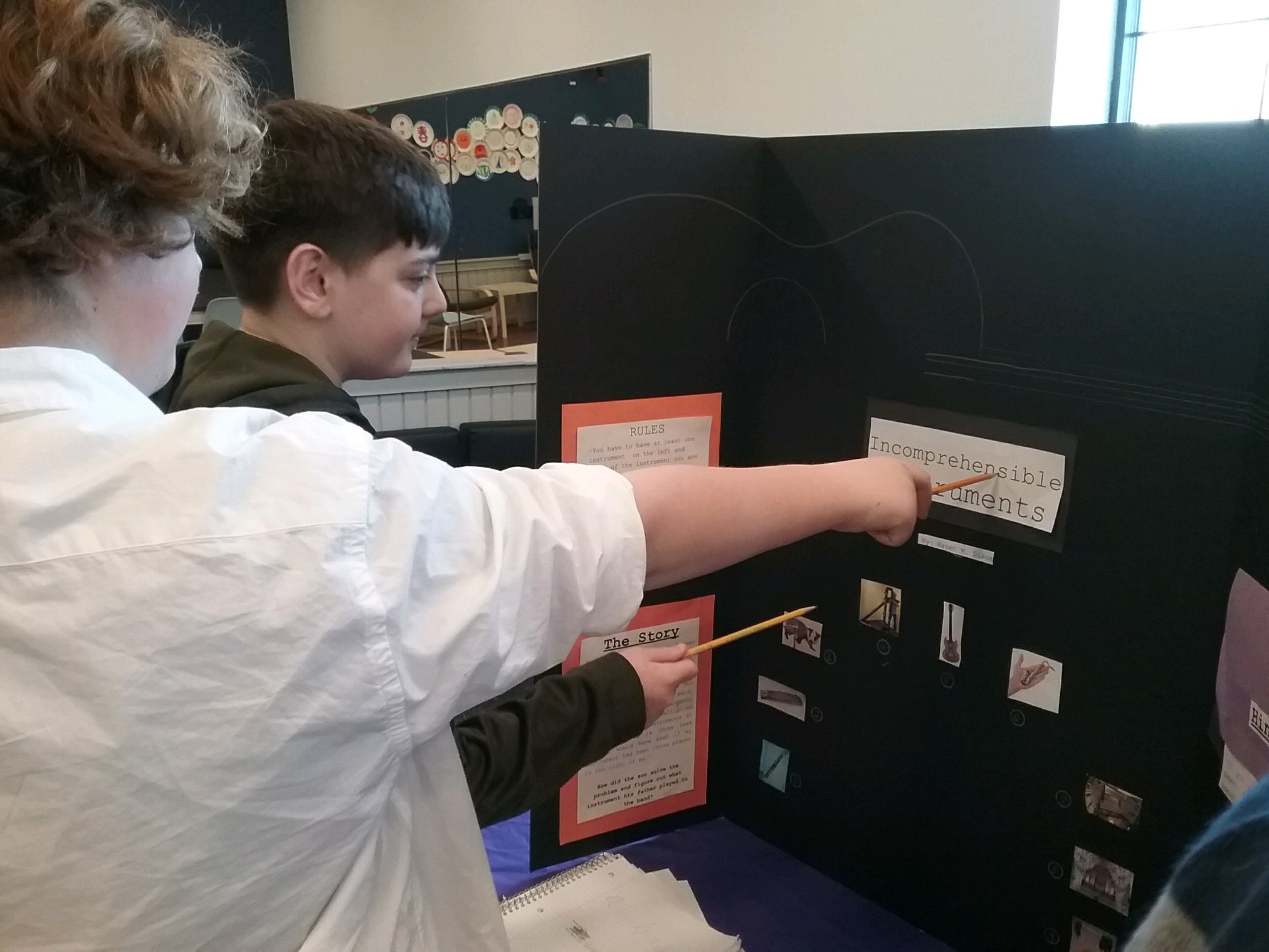 Sparhawk Middle School held its annual Math Fair this past Tuesday where students displayed mathematical problems and puzzles of all proportions for guests to ponder and solve. The purpose of the math fair is to give the students a meaningful experience in problem solving, and an opportunity to share this experience with classmates and family through a visual presentation. The students become experts at their puzzles and projects through the preparation process and then present them with confidence.

The process of putting together a math fair project not only demonstrates the math that each student used to solve their math puzzle, but on how math was used during the entire process. Students always ask, “ When am I ever going to use this?” Well, we discussed specifics of the project that they initially hadn’t thought was math such as; the proportion between their written pieces in size to their color boarders, the differences in font point size and of course time management. 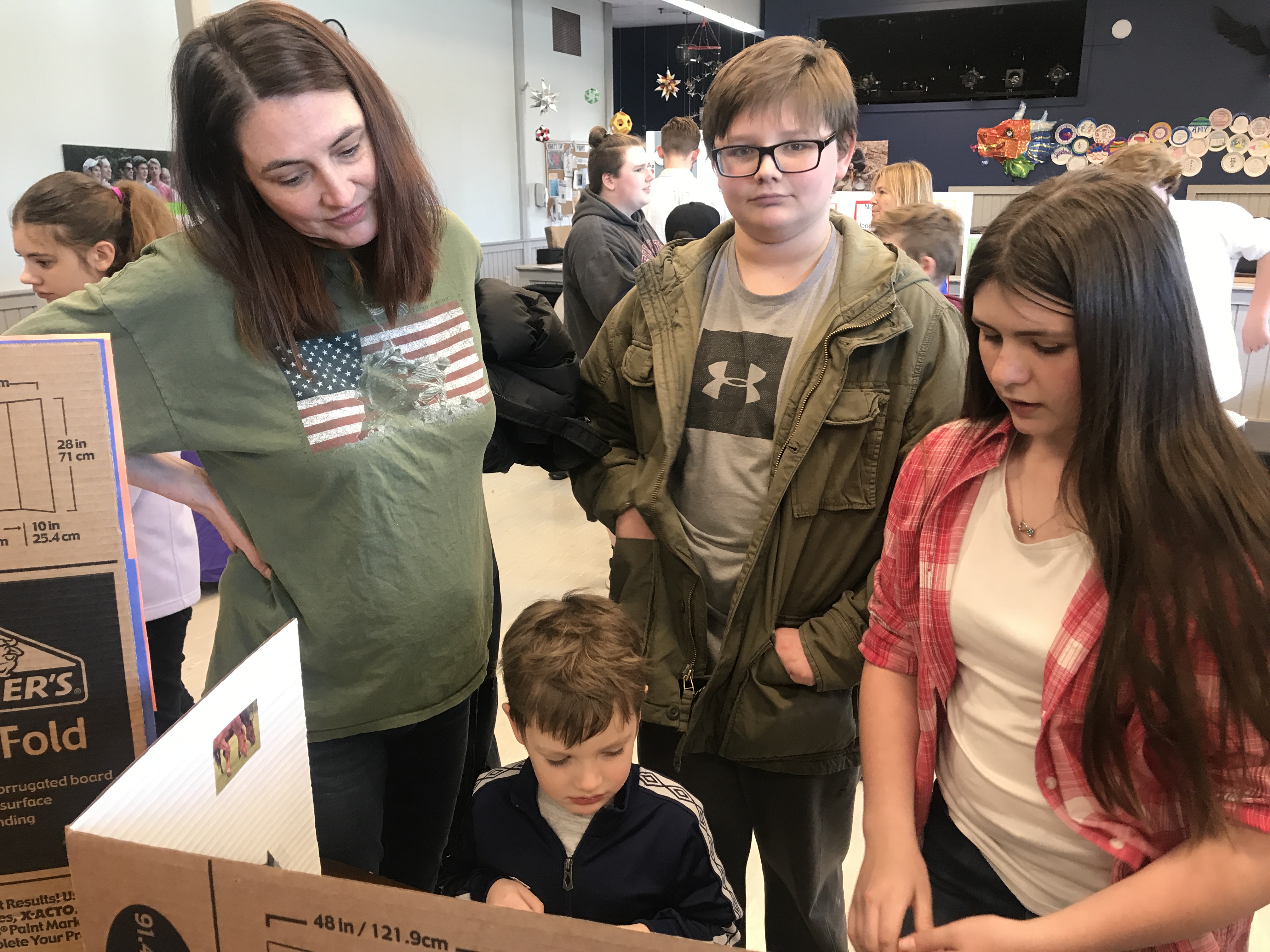 Parents and families that came to the fair were afforded chances to brush up on their math skills. Displays of various logic math problems such as; A Purchase, The Three Queens, and Incomprehensible Instruments, and interactive problems such Eric the Sheep, Drafting My Team, and Lights On were offered. Many visitors were challenged by determining how many handshakes were possible between ‘n’ number of people, or how to strategically place supply tanks to get you across a desert.  There was an array of Horse Jumping, Train Turning, and Freeing Caged Wolves that had many folks scratching their heads.  And an appropriate challenge for this time of the year was The Tax Collector. Could the taxpayer win over the Tax collector? If they know their math facts, divisibility rules, and prime numbers, that might just be able to.

This year's Math Fair was a successful and enjoyable event: a way for students to practice leadership, initiative, and to find creative ways to solve and share problems with their community.