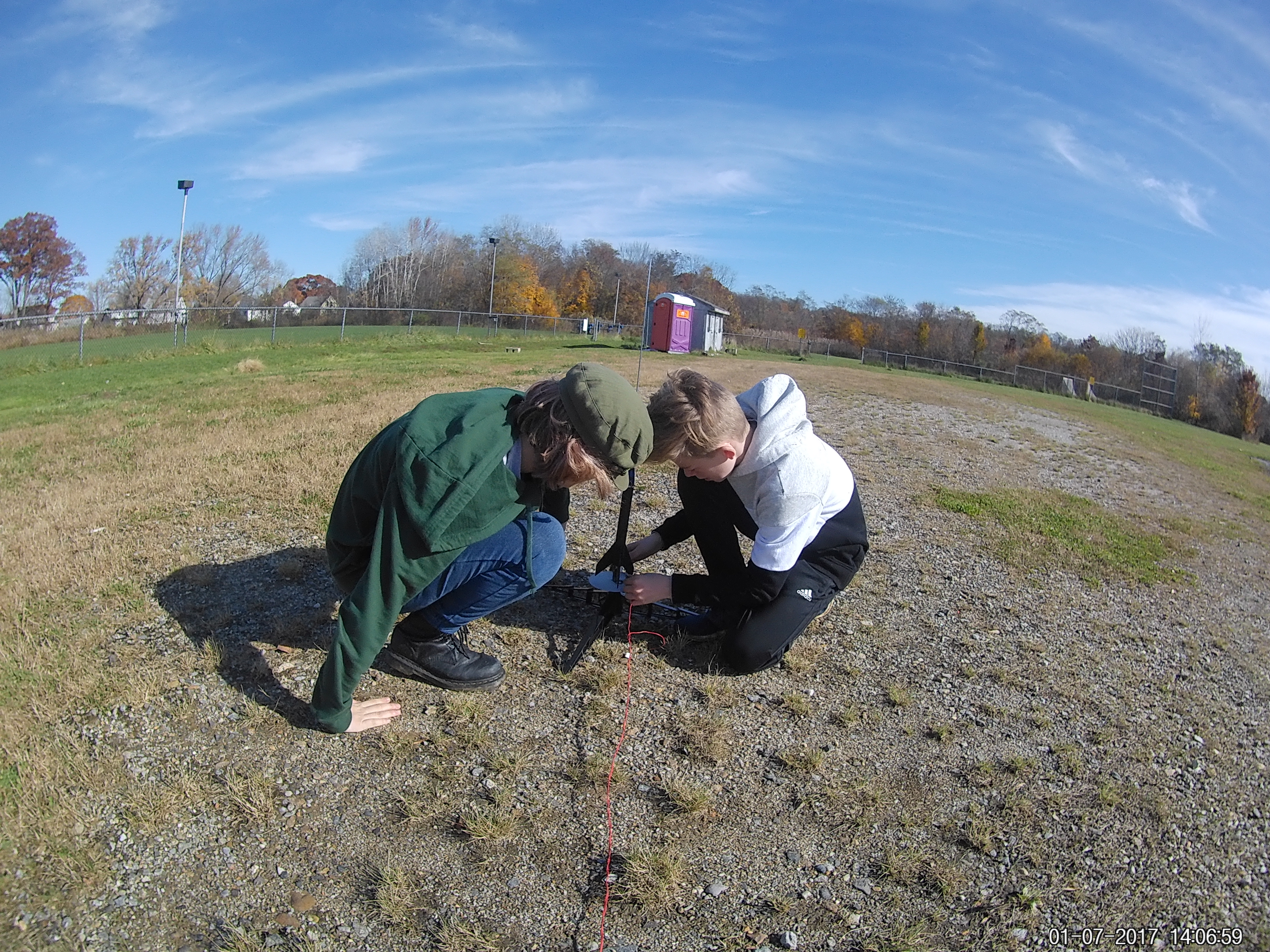 During class time our young scientists learn about action and reaction forces, thrust, trajectory, and experimenting with velocity and gravity by building and shooting off air-propelled paper rockets. They were able to experiment with fin design and placement to see how it affects the rocket’s flight path. Our second project based learning venture is the Data Arcade Sportslab Challenge, which we will continue to work on until mid January.

In fact, while the High School students are delving into their annual Winterim Session during January, middle school students will be spending their days taking deep dives into various academic areas. In these PBLs, they will be exploring Castles, Catapults, and Cathedrals, exploring a variety of cultures and romance languages, learning about geometry and finishing their design of a new Parkour shoe. Below are the descriptions of the January PBL courses for Middle School this year:

Driving question: What effective architectural designs protect castles from a siege? Using that knowledge, can we build a better catapult to effectively siege a castle?

Our Language Arts and History classes will be joining thematic forces in this unit where students are immersed in the dark, yet exciting days of the Middle Ages with knights in shining armor, dragons, catapults flinging Greek fire into the air towards enemy castles and the ominous Gothic cathedrals that took center stage in the medieval townscape. Students will learn about the prominent characteristics and driving forces behind the architecture the Middle Ages. They will select a castle or cathedral to research its design and history. Each student will then create an historic fiction short story where they take on the role of themselves living in the feudal system. The castle or cathedral that they researched will be a major part of the setting for their story in which they will incorporate descriptive details from their research. Models and “stained glass” windows will be constructed to help illustrate each project. This unit will culminate with building catapults, learning how a castle siege works, and then actually using our catapults to siege a ‘castle’.

Driving question: How can we use geometry useful to design a Medeival castle or cathedral?

Sir Cumference and Lady Di Ameter will take our young mathematicians on a journey to geometry for the month of January. Geometry is all about shapes and their properties. In this unit, we will have fun learning about plane geometry; flat shapes, lines, and angles, as well as solid geometry, which is about three- dimensional objects like cubes, prisms, and cylinders. Students will become familiar with the terminology of many angles and shapes, plot coordinates on the coordinate plane and learn how the world around us is greatly driven by geometry: shapes, scale, patterns, parallel line, perpendicular lines, and angles. In combination with what they learn in the Castles, Catapults and Cathedrals PBL above, students will learn to use architectural tools to design and draw the plans of their own castles and cathedrals. 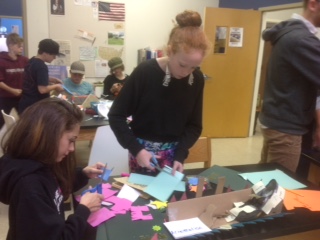 Driving question: Is it possible to create a new and improved parkour shoe?

In January, students will complete the Data Arcade Sportslab Challenge that they have started in science in the fall. Data Arcade Sportslab Challenge project is (a National Science Foundation funded research project designed by TERC) is a game-based design challenge. Students do work online (learning about the sport) and hands-on in the classroom (design, testing, etc.). They work on teams to collaborate, plan and track their progress through the on-line tool as they collect data, engage in design activities, and pitch deliverables (design of a new shoe). Students also watch and interview real athletes in action.

Students use what they are learning in the Forces and Motion unit of our science program. They test the coefficient of friction on many sneaker outsoles and test how the force of jumping affects the design of the sneaker’s midsole. After interviewing each other, teams work together to build models of sneakers that enhance the shoelace tying experience. Last year, one team used biomimicry to do away with the laces using an octopus-like strap that secured the sneaker with suction cups.  Through the process, each student creates their own deliverables and then joins forces collaboratively in designing a final product that best illustrates their team’s exploration of the anatomy of sporting footwear.

A Little Mix of Spain and France

Driving question: How are food, language and culture interconnected in Spain and France?

Students will shift from learning Mandarin for the month of January to getting a taste of both Spanish and French languages and food. Two mini classes will allow our middle-schoolers the exploration of foods and language in Spain or France. Students will begin by independently researching traditional foods. Then they will come together to share their findings and choose the foods that they’re going to prepare as a class. The class’ meal will be comprised of key elements such as an appetizer, salad, main course and dessert. Next, they will break into small groups, and each group will have a target-language recipe corresponding to their particular dish to follow. After the final meal, students will journal and describe the foods, compare and contrast the foods and cultures and discuss which types of food and preparation they enjoyed.